“Every now and then a show comes along and reminds you that theatre is a burning glass, that it can be an art that focuses experience into an emotional thermic lance which sears through the intellect into the tissue of deep feeling, right where it hurts.” Theatre Notes 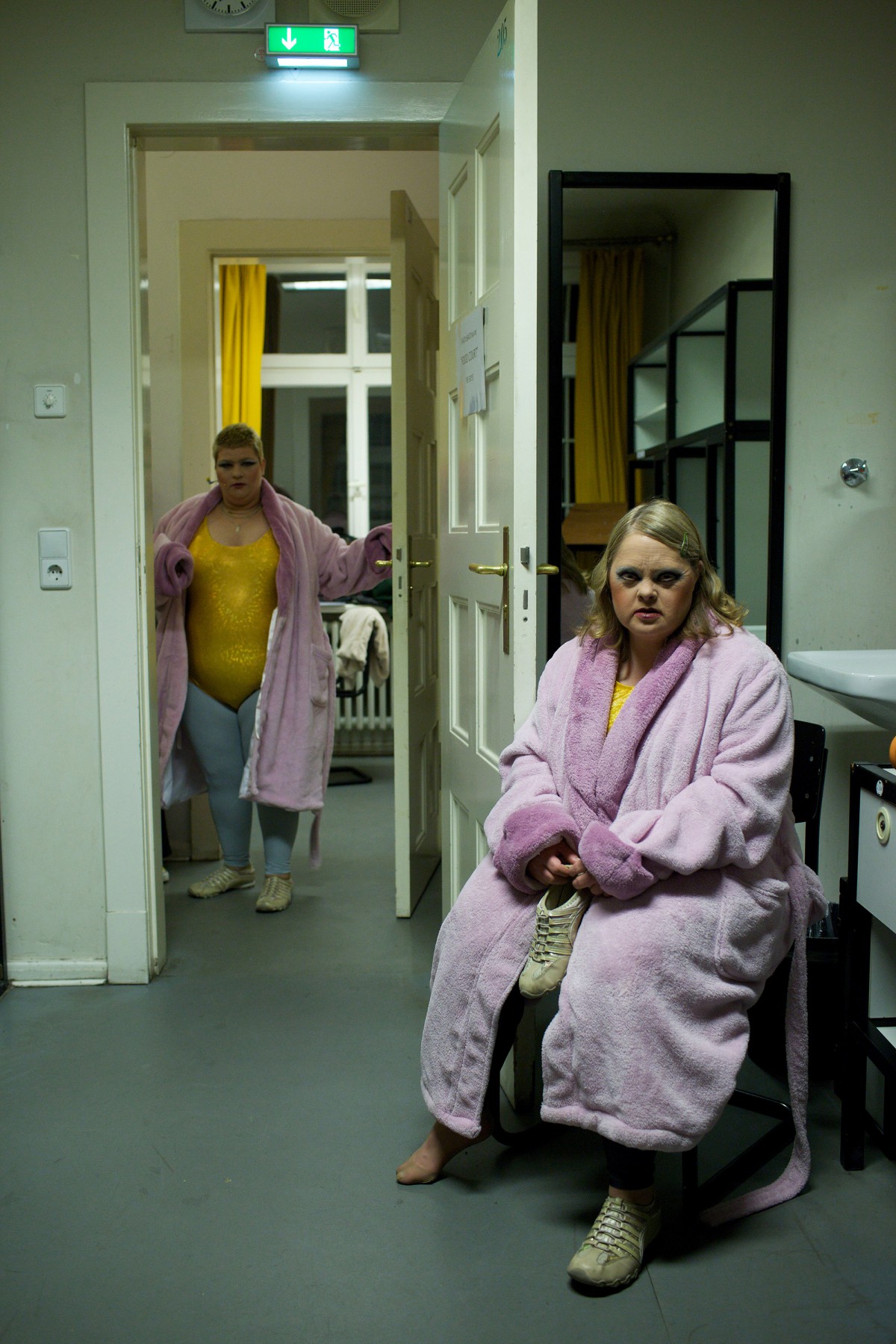 Part concert, part theatre show, FOOD COURT features the remarkable vision of Back to Back Theatre and the music of The Necks, who improvise a driving score for each performance.

Set in the lush minimalism of an illuminated white void, the story of one woman’s humiliation is played out in a psychological space constructed from light and sound. Luminously fragile, FOOD COURT is a near death experience in a suburban wonderland where a small fatality of dignity takes place between The Asian Hut and The Juice Bar.

FOOD COURT is an unpredictable rollercoaster of image, sound and emotion. The scripted performance is underscored by a single musical track played live from the orchestra pit by The Necks, one of the great cult bands of Australia.

The premiere season of FOOD COURT was co-commissioned by the Melbourne International Arts Festival and supported by Alcoa.