CAMP is Back to Back Theatre’s annual weekend of delightfully ruthless theatre and art-making workshops for community members with and without disability who love, or are curious about, performance making.

Back to Back Theatre has four available positions to offer emerging artists who are interested in processes for devising performances.
Contact Kirstin Honey for more information: kirstin@backtobacktheatre.com or (03) 5221 2029

No experience is necessary and new faces are especially welcome.

A creative laboratory of performance and visual art experiments exploring revolutionary actions towards a collective future of survival across all species.

Ahmarnya Price is a performance maker and visual artist, and an artistic associate at Back to Back Theatre.

Amelia Ducker is an artist and teacher with a practice encompassing live art, performance,photography and documentary film.

The Theatre of Mark Deans

A theatrical experiment inspired by the style and career of Mark Deans, Back to Back Theatre ensemble actor for 30 years, with Chris Dunstan, the artistic director of Tantrum Youth Arts who is a theatre maker, director, writer and community arts facilitator.

Come and learn the basics on how to be funny with Madeleine Stewart, a standup comedian and the creator of ‘Crips & Creeps’, an accessible and inclusive comedy club in Sydney.

Use the voice as a divining device; travel inside and cast spells outside our bodies with Caroline Daish: a performer and performance maker, who has been training in rituals and healing to use voice to change our relationship to space and time.

A place to break, scream and destroy in a controlled environment, and to explore society’s rules around extreme emotional states with Tessa Leong, who makes theatre and performance to pose questions about how we see the world and interact with each other.

Estranged cousins Scott Price and Ahmarnya Price use performance, drawing and pro-wrestling tactics to explore ineffective conflict resolutions, dysfunctional double acts and displaced social commentaries. Scott Price has been a member of the Back to Back Theatre ensemble since 2007 and his hashtag is #autismpride, and Ahmarnya Price is a performance maker and visual artist, and an artistic associate at Back to Back Theatre.

Write It, Act It, Make It

A smash and grab into ways to write a scene and then have someone act it out with James Pratt, a theatre maker and writer who has written comedy for stage, radio and TV, and recently co-wrote the film ‘Paper Champions’.

A Conversation Between Performance and Light

Follow your impulses with light and movement; an opportunity to improvise as both lighting designer and performer. Facilitated by Kate Sulan, a director, dramaturge and founding artistic director of Rawcus and Richard Vabre, a lighting designer who has been lighting Rawcus shows since 2004.

Explore how we can use our bodies in performance with Romi Kupfer, a contemporary inclusive director and theatre maker who uses performance to provoke, question and explore life as we know it.

The idea is inside you – how to coax it out and turn it into something! With Sarah Mainwaring, a member of the Back to Back Theatre ensemble since 2006 and Maude Davey, who has worked as an actor, director and writer for more than 25 years.

Explore the connection between the breath, movement, and mark making – marking the space and drawing the breath. With Robert Croft, an accomplished visual artist who has been a member of Back to Back’s Theatre of Speed for more than 15 years and Leisa Shelton, a performance artist/maker and curator who makes work that asks cultural questions and creates contexts for conversations.

Sing along to your favourite song at the same time as being part of an original live music performance with Harry Myers Covill, who creates eclectic music and sound, and composed the soundtracks for all of Back to Back Theatre’s RADIAL films. 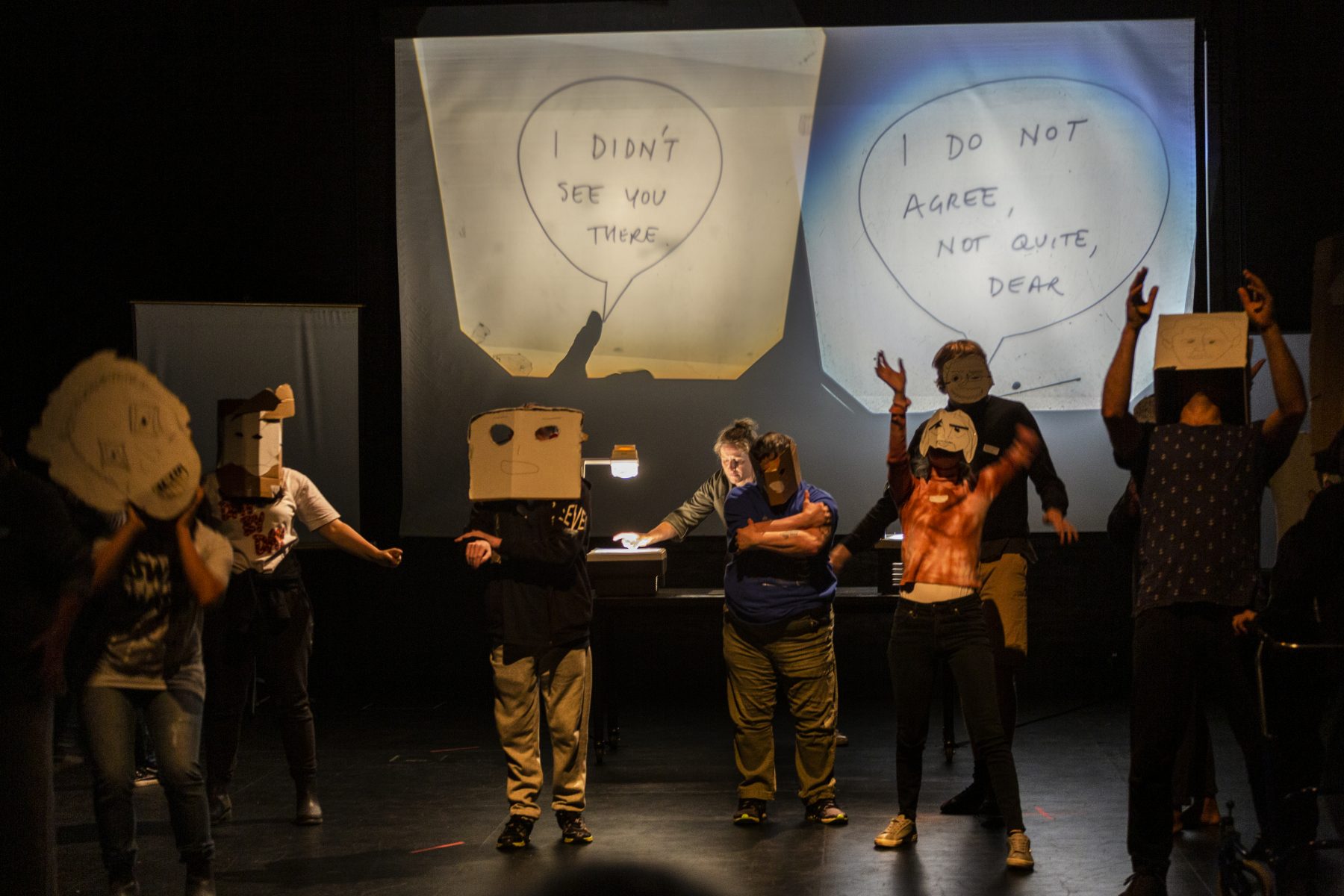 CAMP is a supportive and inclusive event. When you register, you have the opportunity to note any accessibility requirements you might have.

Back to Back Theatre is a registered provider with the National Disability Insurance Agency (NDIA).  If you receive support from the NDIA it might be possible to direct funds towards attending CAMP.